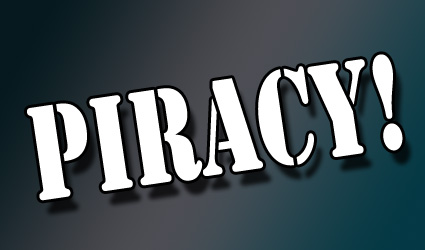 One of the recurring arguments that the anti-copyright, pro-piracy types like to toss out there is that shutting down pirate sites (or removing pirated content from a file locker, example) is a form of censorship. It’s a galling argument even for pirates, one that shows where they are willing to go in order to protect their stream of free movies and TV.

That’s the first thing that comes up when you check on Google. Now, the Merriam Webster version of censorship includes a much more long form explaination: “Act of changing or suppressing speech or writing that is considered subversive of the common good. In the past, most governments believed it their duty to regulate the morals of their people; only with the rise in the status of the individual and individual rights did censorship come to seem objectionable. ” Once I read that, I think I can understand where these people are coming, from, but I can also understand why they are wrong.

To start with, let’s be clear here: Removing a pirated file or a copyright violating video from YouTube doesn’t stop the original speech. That is to say that the original movie, music, or other work still exists, and the government has not shut it down or censored it in any manner. The protected speech still exists in it’s original form. Now, the PPAC (pro-piracy anti-copyright) types will say “well, what happens if the music was background to protected speech?”. The example cited might be an original video, or perhaps a video of someone dancing to a song. There are fair use exceptions in US law, but they are pretty narrow in definition. It’s pretty hard to imagine that a video called “I Dance to Enter Sandman” would fall in that category. So what is left is an empty argument. See, the protected speech (dancing) could be accomplished with other music, say creative commons stuff, or could use music provided with permission from the band or artist in Question. The free speech (dancing) does not cease to exist because the video was removed from YouTube, the original protected speech can be re-used, re-uploaded, whatever, with non-infringing music. Censorship would have the dance video removed from all computers, including the creators. That is not the case.

One of the other cornerstone arguments is that “content is culture, you can’t censor culture”. While that is true in it’s own way, that does not justify or support piracy. Removing pirated files from the internet does not stop a discussion about a movie, a review of a movie, or even someone quoting from a movie. There is no censorship of ideas, no censorship of discussion, no censorship of culture. What the PPAC types want is the ability to share the full TV show, movie, or whatever with all of their friends, without cost, making that the “discussion”. Oh, and their friends are actually millions of random internet people. They aren’t trying to protect culture, they are trying to protect their free buffet lunch of entertainment.

Hiding behind the “censorship” cry is just another way for pirates to try to act legit. It’s so painfully obvious that they should be embarrassed to do it, but they do anyway.