Another Wild OverReach by the Guru of Free 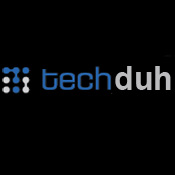 I really enjoy reading the Techdirt blog mostly because it’s fun to watch Mike Masnick tie himself in knots trying to prove things. He is forever posting very speculative things, drawing conclusions that just aren’t obvious, and then to solidify these masterpieces of logic, he then quotes and links them in later posts, treating them like the god’s honest truth. It’s almost comical to watch him go at times.

Today’s stupidity is a UK poll from “third way” Think tank Demos that shows that shows that the 10% of the people they surveyed that download music buy more music in a year than the average person. This is the type of stuff Mike loves, because it is so full of holes that he can drawn any conclusion he likes and make it “stick”. First off, he calls it a study, which is a serious upgrade from a 1000 person one time phone poll. Then he goes on to rant

Those who engaged in unauthorized file sharing tended to spend £77 on media per year, while those who did not spent about £44. And yet file sharers are the enemy? And the industry wants to kick them offline so they discover less new content? How will that help?

It’s an amazing reach for a poll that reported such low numbers of file downloaders (only 10%, less than half the numbers reported pretty much every other poll and study out there), and fails to remove people who don’t buy music at all. It also doesn’t show any relationship between age group and activity, nor does it appear to reset the numbers to reflect the actual UK population. They also don’t account for the idea that this is a phone poll that a significant number of people attempting to hide their illegal activities might have actually lied about.

It’s meaningless numbers, pumped out by a group that is attempting to sway the UK government off of a Three Strikes plan that would kick illegal file traders off the internet. Mike Masnick latches onto it, and will in the future reference it as “file downloaders buy more music”, even though he knows it’s junk science polling at it’s finest.