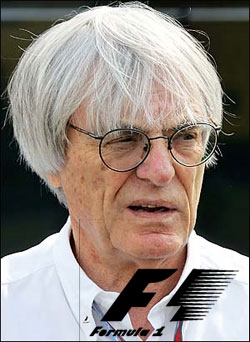 I will be the first person to admit that this is a story that could have been written in any of about the last 10 years. Formula 1 has become the largest sink hole of cash in the last few years, with teams routinely spending more than 300 million a season to run less than 20 events, and races being moved from country to country on the basis of which oil rich republic of the week is willing to shell out the big money for an event. With new tracks springing up cost around 250 million each to build, and yearly sanction fees rumored to be upwards to 30 million per event, it isn’t hard to see how F1 spins money like a mad thing.

The results have been there: Bernie Ecclestone, the rights holder, and his byzantine collection of companies, holding partnerships, and what not have pretty much profited through much of this. Bernie is now a very wealthy man. But as is often the case with wealthy men, they dream only about being slightly more wealthy. As a result, much of what made Formula 1 great has gone out the window, and as I mentioned above, races have been moved all over the place, in a chase for which country is willing to shell out the most cash.

However, this has brought a problem for Bernie. With more and more asian and middle eastern countries joining up with his circus and replacing races from Europe and the Americas, the problems of broadcast time in the home markets has come up. It just wouldn’t do to have races running at 7AM in the UK. Well, actually, it would cut down the amount of money collected for TV rights though Europe. This is truly a hug problem for Mr Ecclestone, and something he couldn’t just bear to live with.

F1 has always been strict when it comes to timing. Everything happens with precision, exact times that things start, end, and so on. This is right down to the minor elements of the weekend, from the start time of the first practice session to how many minutes before the start of a race that the teams must remove the tire warmers from the car. Races always started in the early afternoon, usually 1PM local time – no matter where there races were run.

Well, Bernie needs to fix his european TV problem. It just won’t do, you know! So Bernie goes out and asks the host countries to consider alternatives. So Australia ran their race at 5PM. Singapore actually installed lights on their new track to run at 8 PM at night, which puts the race right in the middle of Sunday afternoon UK time. This weekend’s race in Malaysia was also offset to a 5PM start (which gave a UK start time of about 11AM). This however is where the greed starts to show through.

Kuala Lumpar is notorious for heavy late afternoon rain. As a tropical country, it isn’t unusual for there to be fairly sudden and very dramatic rains at the end of the day. So what happens? The race starts very late in the day, not surprisingly it rains a ton, and the race is called at just passed half distance and that is that. Now, the rest of the day had been very nice, no issues. But in order to make a better TV time slot, Bernie moved the start time right into what is almost a given forecast of heavy rain. The man’s greed to make a few more dollars on the TV side basically cost the fans, the sponsors, the racers, and the crowd in attendance 50% of the event, which is truly disappointing.

The last few years F1 has made a number of financially “sound” decisions that are against the fans. With escalating costs to host events, races have been lost in the US, Canada, France, and so on. It isn’t about racing, it’s about making more money, nothing else. This moving of start times to meet home market TV is just another poor decision from Bernie, a man who appears to have stopped watching the racing a long time ago. Race results at F1