CNN Slips to Third, or Did they? 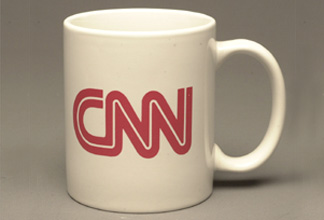 An interesting report on the March viewership numbers from Nielsen Media Research. shows the CNN is slipping to third amoungst cable news viewship in prime time. “Through Wednesday, Fox was averaging 2.73 million prime-time viewers in March. MSNBC had 1.16 million and CNN had 1.14 million. The March ratings period ends Friday, and it’s doubtful CNN will be able to overcome MSNBC.”

But there are a few little asterisks to throw out there with this one. First off, MSNBC and Fox “news” both stradle the line between news and opinion, with a very heavy lean towards the opinion side. MSNBC runs Keith Olbermann’s countdown show in prime time, which is effectively talk radio with video. the Fox No News Channel is even worse, will a full night lineup that is heavy on entertainment and pretty much devoid of news (except for quickly breaks at the top of the hour). Sheppard, O’Reilly, and Hannity aren’t reading news from a teleprompter, they are doing conservative talk radio on TV. It’s fully about opinion.

Now, there is nothing wrong with opinion, but in the end, is it really news? 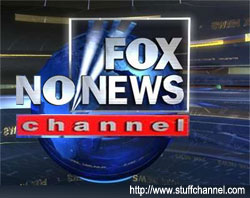 So with Fox and MSNBC running 3 hours of opinion programming in prime time, which is often more popular than straighter news, CNN seems to have headed off that was a bit as well. Lou Dobbs in particular has gone from solid reporter to more of an angry attack dog, not being afraid to show some serious bias. The “no bias no bull” show featuring Campbell Brown is a particularly ugly show. If you have to say you have “no bias”, it’s probably because you are going to have tons of bias. Larry King is the “king” of the dullest interviews ever (I can’t picture anyone under 50 having the patience to listen to him slowly wander up to a question). Only Anderson Cooper is left doing fairly serious news and in depth coverage, everyone else seems to have headed out to give an opinion instead. Even CNN Headline news blatherer Nancy Grace is pulling bigger numbers. What’s up with that?

I have a feeling that CNN is caught in a horrible place right now: There is no good news, and the bad news isn’t the type of bad news Americans like to hear about. With the stock market down and all that, people are looking to lay blame and call names. They are in a fighting mood, not in a mood to hear fair and balanced reporting. The US isn’t involved in a spectacular bomb dropping media event of a war, they are in an ugly, drawn out, deadly conflict in Iraq and Afghanistan. There isn’t a major hurricane or anything of that nature that is truly media worth, the floods in North Dakota are as close as they will get. So without compelling news to get people to watch, CNN is in a tough place.

My suggestion? Move Larry King later, maybe 10PM or even 11PM. Tell Lou Dobbs to report the news and keep his ghastly opinions to himself. Run an bring Nancy Grace over from Headline news. Let headline news run actual news again in prime time. Continue to give Anderson Cooper the space to operate. Make some space for actual news again!

Certainly CNN is ahead of MSNBC when it comes to news and full day programming. But when there is no news, it’s easy for the opinion fluffers to get ahead.