Will the US end in the 21st Century? 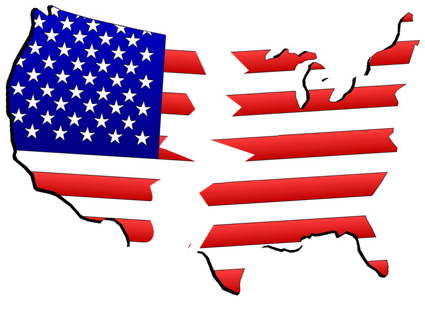 IS the United States headed for extinction as the 21st century rolls on?

I was reading an interesting op-ed article today on the Huffington Post discussing the minimum wage and it’s effects on companies like Wal-Mart. The article is interesting to me because my recent life experiences have taught me a few things about the world, and I have come to realize that the US problem isn’t where the author seems to think it is.

First off, let’s kill the ideas in the article. While raising the minimum wage would in theory mean that many workers would have more money, the sad reality is that raising the minimum wage has serious knock on effects that are not positive for the economy. The most obvious of course is that many companies would try to do the same work with less workers, or would work to press workers on things like break times and unpaid overtime in order to keep the books balanced. At the very worst, some companies may just choose to have a few less workers on every shift. In Wal-mart terms, that might mean having one less cash open, which might not effect their business that much, but could certainly hurt the worker who no longer has a job.

Moreover, raising the minimum wage continues to exacerbate the wage gap between the US workers and lower cost workers around the world. It’s key to understand that the US manufacturing worker is competing against everyone in the world, and if the net costs of goods to market from US workers goes up, the companies will look overseas to produce them.

Finally, you have to consider the knock on effects on workers who are currently paid slightly more than the minimum wage. In order for companies to reward them in the same manner they have been doing for seniority or extra responsiblity, their wages would have to go up as well. If you put an extra $1 on the lowest paid workers, you have to adjust all through the system to make it fair, otherwise workers who were making a couple of bucks higher than the minimum because of their job responsibilities would be unfairly punished.

My life experiences that have changed me so much has been moving from living in North America and now moving to live in Asia. I live now in Hong Kong, which has one of the highest costs cities in the world to live in, yet until recent didn’t even have a real minimum wage law. While a decent apartment can run a couple of thousand dollars US a month, the minimum wage is $30hk, which is $3.87 US. It doesn’t add up in theory but it works. All over Asia, there are places like Hong Kong, Singapore, and even the biggest cities of China which have high costs of living and low wages, but everything works out.

One thing that is common for Hong Kong and Singapore is that physical size of the country is small enough that many people don’t own cars, and rather people depend on and use public transit. Many of the problems of the US can be tracked back to the American dream, which for many is still a house in the burbs with the proverbial white picket fence. These days those burbs are getting further and further from the city, and more and more money is spent on gas, oil, and transport. Not to mention time of course, as the average commute time goes up, that is time that is lost from the rest of life. While many cities have long commutes on trains and public transport, that time is often used to unwind, relax, watch videos on a tablet or phone, or just take a nap. You can’t do that driving in your car, stuck in an endless traffic jam.

The other effect for the US is that the distance to transport goods to market is often a key driver in price, which again means that the US lives and dies on the cost of oil. The spread out nature of the US means that everything from policing to cable TV is more expensive because everything has to cover bigger areas, use more resources, and so on. It also means that while the costs of producing and shipping goods from overseas goes up as fuel costs go up, it means that the cost of living in the US goes up as well, making it hard for manufacturing jobs to come back to the US while keeping Americans in their expected standards of living.

Finally, the US faces a real crisis of people’s twin desires for their rights while ignoring the rights of others. The US legal system finds itself almost unable to deal with much of the day to day crime in the country because various court rulings and constitutional appeals have made it difficult to form criminal cases and gather evidence. You only have to look at the current NSA “Spying” scandal to understand the problem, the agency for the most part gathers information that the courts have ruled is not private or that has been shared with third parties, and yet people are entirely up in arms over it. Every year the US has a number of multiple murder shootings, often in schools or public places, yet the NRA types will scream that the constitution guarantees them the right to have assault weapons and large count magazines. Their excuse for buying the weapons is to protect themselves from everyone else with a weapon – if that isn’t the most self serving answer possible. They won’t flex from their “right” to arm themselves to the teeth as those very arms are used to kill their loved ones.

The US is on the brink of social failure, the gap between have and have not, the poor race relations, the near complete take over of the South Western part of the US by Latin immigrants, and the proliferation of street gangs, drugs, and other organized crime drags down the inner cities and pushes more and more people into the expensive suburban areas, which intensifies the issues of social unrest, the wage gap, and the costs of living the good life. If the US makes it in through to 2176, it will probably by a fluke, everything is stacked against it.