Wake Up Call For Nancy Grace and Her Friends 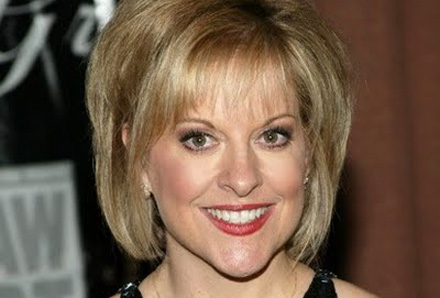 It’s been sort of funny watching from afar the media coverage of the Caylee Anthony case, the poor child who died too young with a mother who just didn’t seem to know what happened. Casey Anthony was tried and found innocent, a shocking verdict to most people, and probably most shocking to CNN / HLN anchor Nancy Grace.

I can debate Nancy Grace’s position, I can debate her feelings, I can debate her opinion. But that would be meaningless, it’s been done before. Rather, I would rather look at how this particular case, and the particular media frenzy around it have shown that we have reached a point where the media themselves have become more important than the message.

Nancy Grace is just a different flavor of self-important media star, in the same group as Glenn Beck, Bill O’Reilly, Keith Olbermann, and the sainted Rush Limbaugh. They all believe that they are bigger than the stories they cover. They seems to think that they, as the stars, are more important than the news they cover, the stories that they examine, and the opinions of others. There is a huge problem here that we no longer get news from people we trust, we get it from stars. Heck, for the most part we don’t even get news, each and every one of the 5 I have listed are editorialists, opinion piece writers, and self-justifying media whores.

Does anyone remember when HLN was Headline News, and you could actually get news on the channel? I don’t even both to tune in anymore, because what news they do bring is always “with so and so”, indicating to me that the person reading the news is somehow way more important than the news itself. It’s like TV news has turned into a 24 hour per day op-ed page, with the rest of the newspaper thrown away. We no longer get unbiased coverage, we get opinion and slant. Fox News is typically cited as the worst, but MSNBC is quickly pulling up into a solid second place with a programming schedule that is almost all about opinion, and not about news.

I found it funny to find out that this week, local CTV reporter Kai Nagata quit his job with the network, for a whole bunch of reasons. You can read his blog here, safe to say that what he sees in media working in it is pretty similar to what I can see from the outside – it’s all about ratings and low hanging fruit, and no longer about actually providing information to the masses.

RIP Headline News, I truly miss a friend that would tell me what was what 24 hours per day.